LIVING IN A SNOW GLOBE 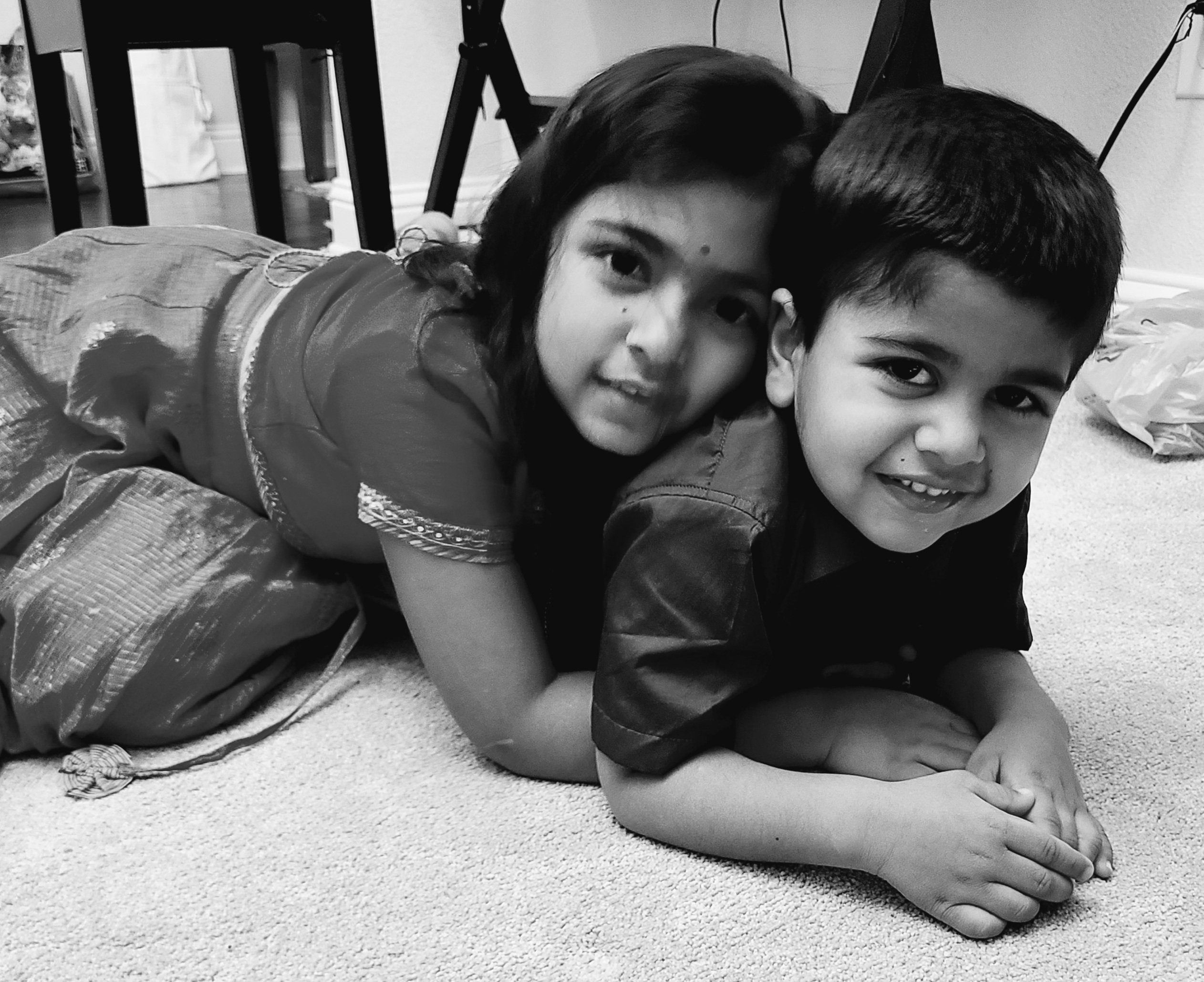 I woke up at 5am last morning wanting to get an hour of solitude before the mad rush began and just as I was sliding out of bed, I hear Arjun say, in his whiny voice,  “I want to shleep with Amma ”. But before I could react (unfavorably, of course), Meera had already rolled over to his side. She hugged him and said , ” Akka’s here, go back to sleep”. He settled down and I made a dash for the door but not before my heart had melted a little.

When it was time to leave for school, Arjun wasn’t feeling warm enough in his light jacket and he wanted a warmer one. But it was almost time for the bus to come. And so Meera wrapped her hand around Arjun, pulled him close to her and kept him there until they had reached the bus stop and had boarded the bus. Watching them go, stuck to each other like that, made me want to whisk them indoors and be a part of their story. But thankfully I dodged that emotional bullet and saw them off to school successfully. Phew!

When I’m really mad at Meera, enough to make her cry, which is very easy by the way,  Arjun, mustering all the assertiveness of a 5 year old always comes to her defense- ” Amma, stop yelling at Meeya Akka, it’s making her cry” or he’ll say ” If you don’t stop now, I’ll punch you”. And my first instinct is to ask him to mind his own business, but I’m so amused by his declaration – of war against me and love for his sister, that I give in. Or sometimes it’s Meera who comes to Arjun’s rescue – “He said he doesn’t want eggs, why’re you forcing him to eat it?”. I heard him Meera! Now if you’ll please allow me to do my job!!

Their little world reminds me of a snow globe. For the most part, it’s an everyday humdrum of life, but every so often they nudge the snow globe to unleash it’s magical flakes and light up the dome and everyone around, with the warm glow of unbridled love, acceptance, courage, sacrifice and forgiveness. Even their most explosive fights only last the length of the fight. They carry no baggage forward. This always makes me wonder, at what point then do we stop loving and forgiving each other so unabashedly? When does ‘I’ become more important than ‘Love You’ ?

Every Karthigai Deepam, I light a lamp in honor of my wonderful brother, but this year I’m also celebrating my children and the special bond that they share. They fill me up with so much love, light and hope!

1 thought on “LIVING IN A SNOW GLOBE”